We aim to make people everywhere financially better off with innovative financial services and education that enhances the lives and wealth of those that need it the most.

Our advanced financial methods provide simple and beneficial products that outperform not only financial expectations, but social and fundamentally “structural” expectations too with the KlickEx Foundation.

KlickEx delivers on the promise of a safer and more transparent economy, for increased capital and workforce mobility. And for fairness between families and those supporting them.

KlickEx is a payments infrastructure focused on reducing settlement risks for Central Banks and providing cross-border transfer services dedicated to financial inclusion. KlickEx first launched its system in 2009 as an institutional platform targeting trading and settlement of regional currencies for banks; and in 2011 with UN Funding for Financial Inclusion, the platform was extended to more broadly target the formalisation of remittances and informal development flows in the region, focused on mobile money systems for the unbanked, and retail sector services including compliance, KlickEx took quickly leadership positions in digital services at scale, throughout the Pacific.

By 2012, KlickEx was expanding in North America, Europe, and had been ranked as the number one low cost remittance service in all of Asia by IFAD and the World Bank, in terms of penetration and low cost at both wholesale and retail levels. KlickEx is a driving force in the achievement of the Millennium Development Goals relating to low remittance costs, domestic digital inclusion, and financial education, lead and funded by revenues generated by cross border services. 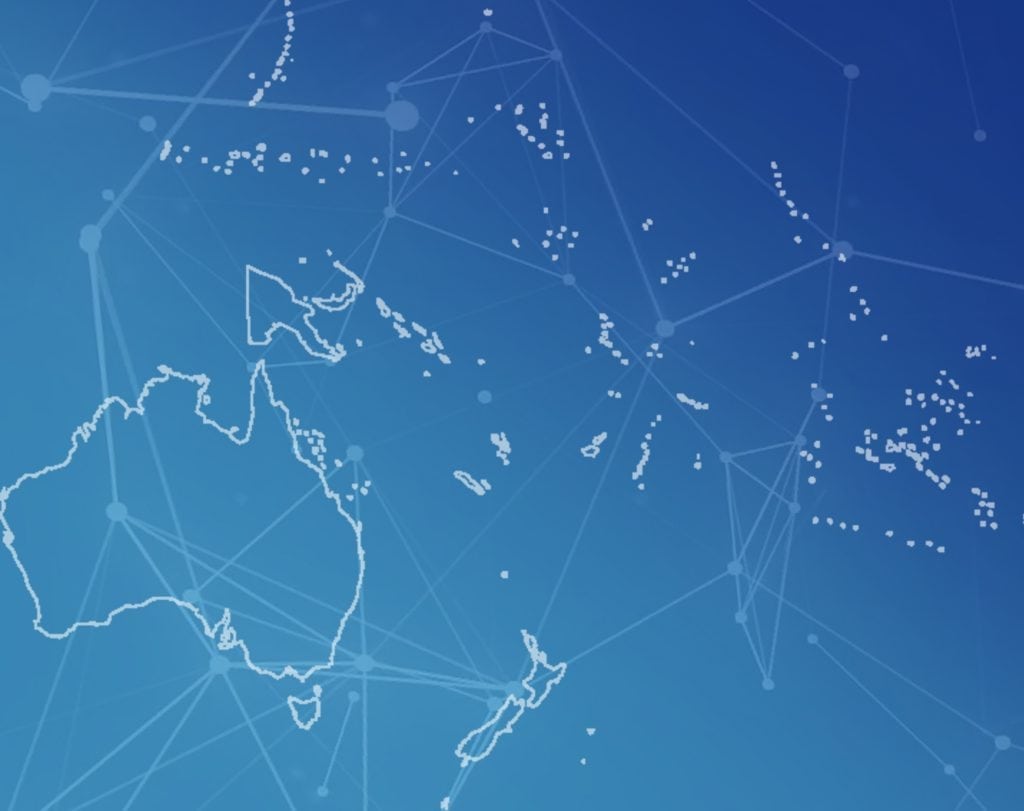 We aim to make people everywhere financially better off with innovative financial services and education that enhances the lives and wealth of those that need it the most. Our advanced financial methods provide simple and beneficial products that outperform not only financial expectations, but social and fundamentally “structural” expectations too.

Our Vision : Prosperity and wealth for all people

We see a Pacific free from Financial or Social frictions, working together and delivering on a Greater Good for all. We have laid down real-time payments infrastructure so that innovative financial services, and the social purposes that they serve, can be brought to more people, more quickly, and more cheaply than before – enhancing the benefits for communities – and for the service providers who serve them. We seek to build a strong, resilient independent Pacific, where confidence and co-operation fosters prosperity.

Award winner for banking innovations and services to communities

Ranked as the Top Financial Innovations of 2013 by SWIFT, and listed by Bank Innovation Magazine as one of the top US innovators to watch in 2013 and 2014, the various KlickEx platforms have gained wide recognition. KlickEx has been named by Central Banks in the Pacific as a key agent of change, economic and fiscal stability, and central source of transaction reporting, transparency and compliance at a national or regional level, in line with regulator and consumer demand, worldwide. 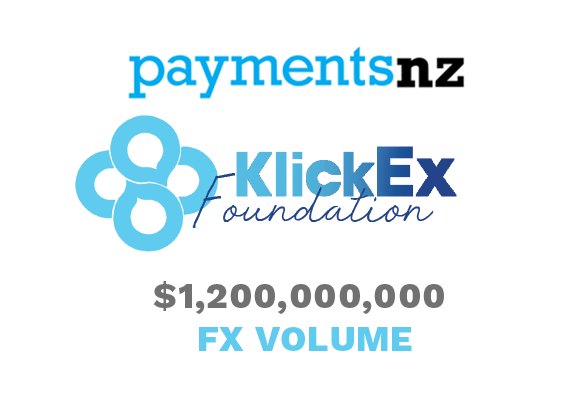 KlickEx joins the New Zealand Payment System, Lead a multi-hundred Million Dollar investment proposal for 10 Pacific countries, reached the milestone of more than $1b moved via its systems into the Pacific, reached its foundational target of saving Pacific Families more than $1m per week through service enhancements and price reductions on basic financial products, And delivered that benefit via platforms that reach over 70% of households in target Countries. KlickEx launches the KlickEx Foundation, which will take up all the Cyclone Response, Health, Education, Financial Inclusion, and Community Support Work. 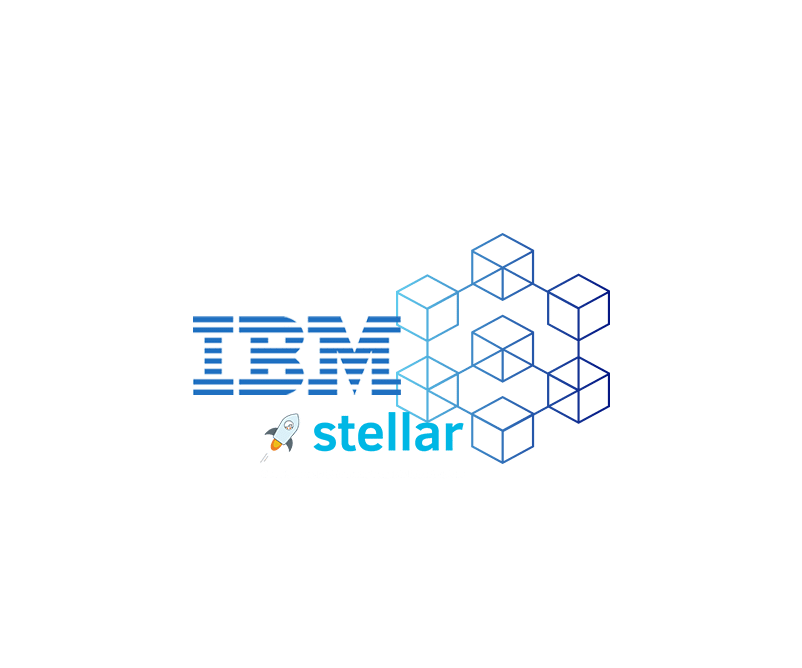 Collaboration Partnership with IBM and Stellar.org to form the first institutionally viable blockchain payment network in the world. KlickEx sets new record in transaction processing and volume totals. The Chairman is invited to speak in NYC at the UN, and in Austria at the UN's Financial Action Task Force Working Group, to present success efforts protecting Small Island Developing States against De-Risking. KlickEx maintains high market shares in Retail and Wholesale markets - including record levels of Mobile Money usage and Cross-Border Bill Payment services. KlickEx Chairman, Robert Bell wins a ``New Zealander of the Year`` medal in November 2017, for 'services to the community'. 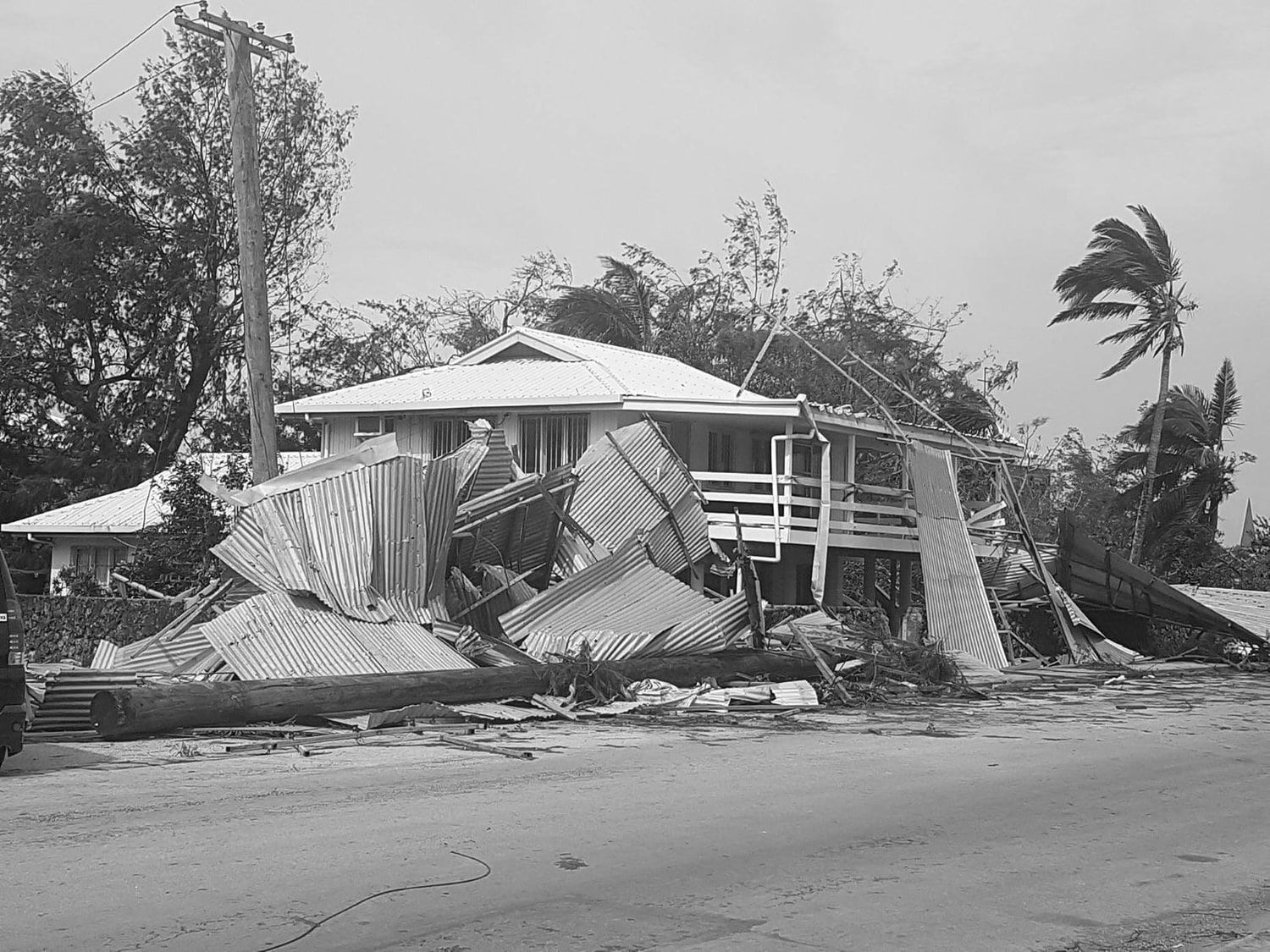 KlickEx become the largest processor of international bill payment per capita worldwide. In response to Cyclone Winston, KlickEx Launches ZERO fees to Fiji in February. Robert Bell represents the concerns of the Pacific’s financial Institutions to G20 in Chengdu, China. KlickEx completes its first payment via Facebook’s Facial Recognition. KlickEx passes 770,000 payments per second, per billion of population in Production (peak loading); and passes the statistical milestone of 1,000 payments made per population-household (life to date). KlickEx Deploys Security and Collateral Management systems to support Small Island States' response to De-risking - including shipment infrastructure and Cyclone Readiness Programs (delivery in 2018-2020). 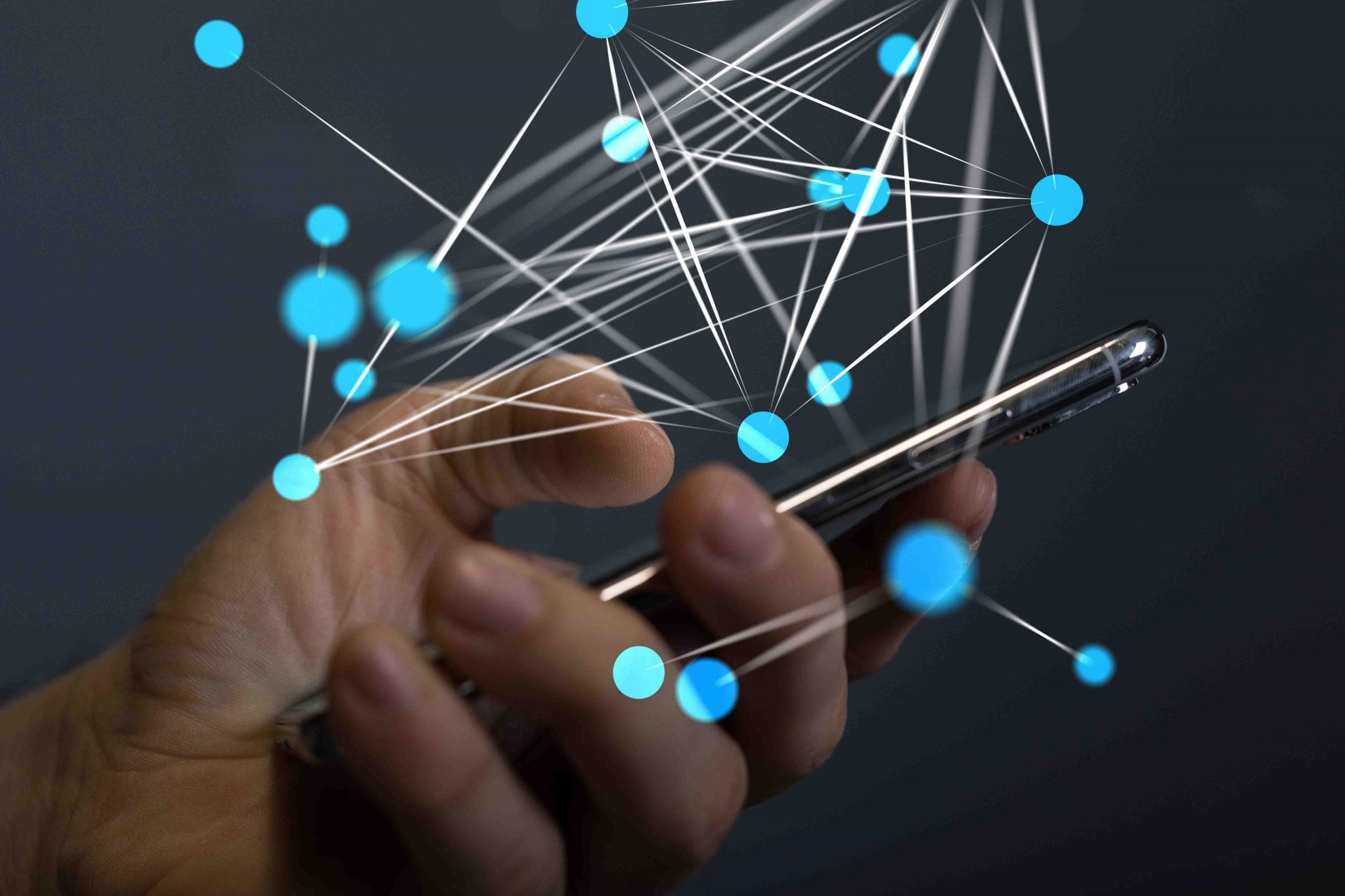 KlickEx completes a technology upgrade that results in a 200x capacity increase as it becomes the dominant digital player in the Pacific (according to NZ Treasury report). KlickEx becomes the first cross-border digital provider to reach 57.5% market share of retail FX payments in its primary corridor. KlickEx was named in 2015 by Central Banks in the Pacific as key agent of change, economic and fiscal stability, and central source of transaction reporting, transparency and compliance at a national and regional level, in line with regulator and consumer demand, worldwide. KlickEx participates in key international Standard Setting Bodies' governance and steering boards as cross-border-Immediate Payments become the global aspiration. 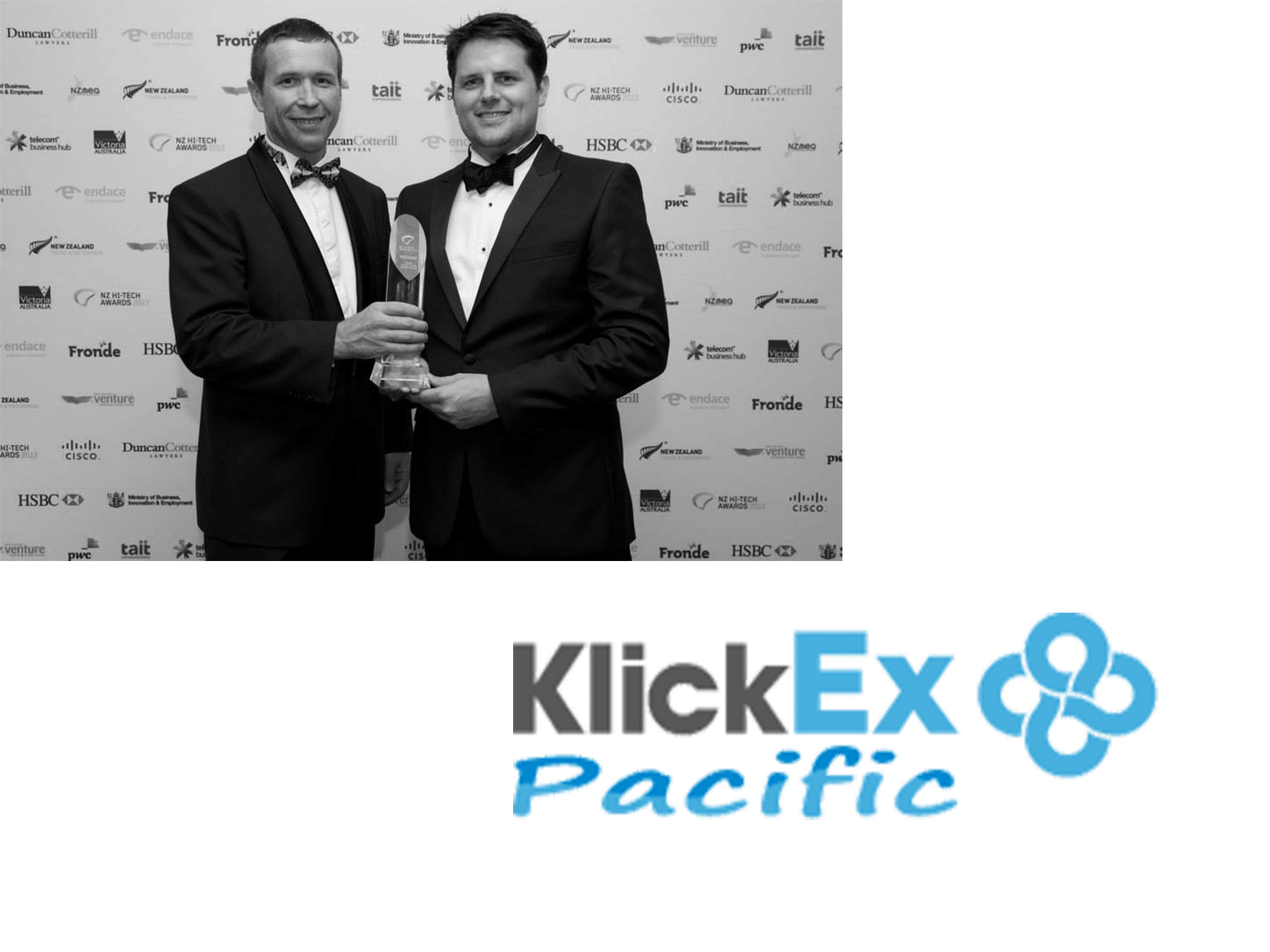 The KlickEx joint venture becomes wholly owned by The KlickEx Group, and wins 4 awards in Banking and Technology in Europe, California, and Asia; including the SWIFT Start Up of the Year Award, and Funding from SWIFT. Robert Bell wins two awards as Top Innovator in Banking and Fin-tech. KlickEX launches Pacific Retail Service www.KlickExPacific.com which would increase over the counter sales by over $380m within the next 18 months, laying a foundation of Growth and Leadership in the Pacific that would last a decade, signing technology contracts in Asia, Africa and Europe. 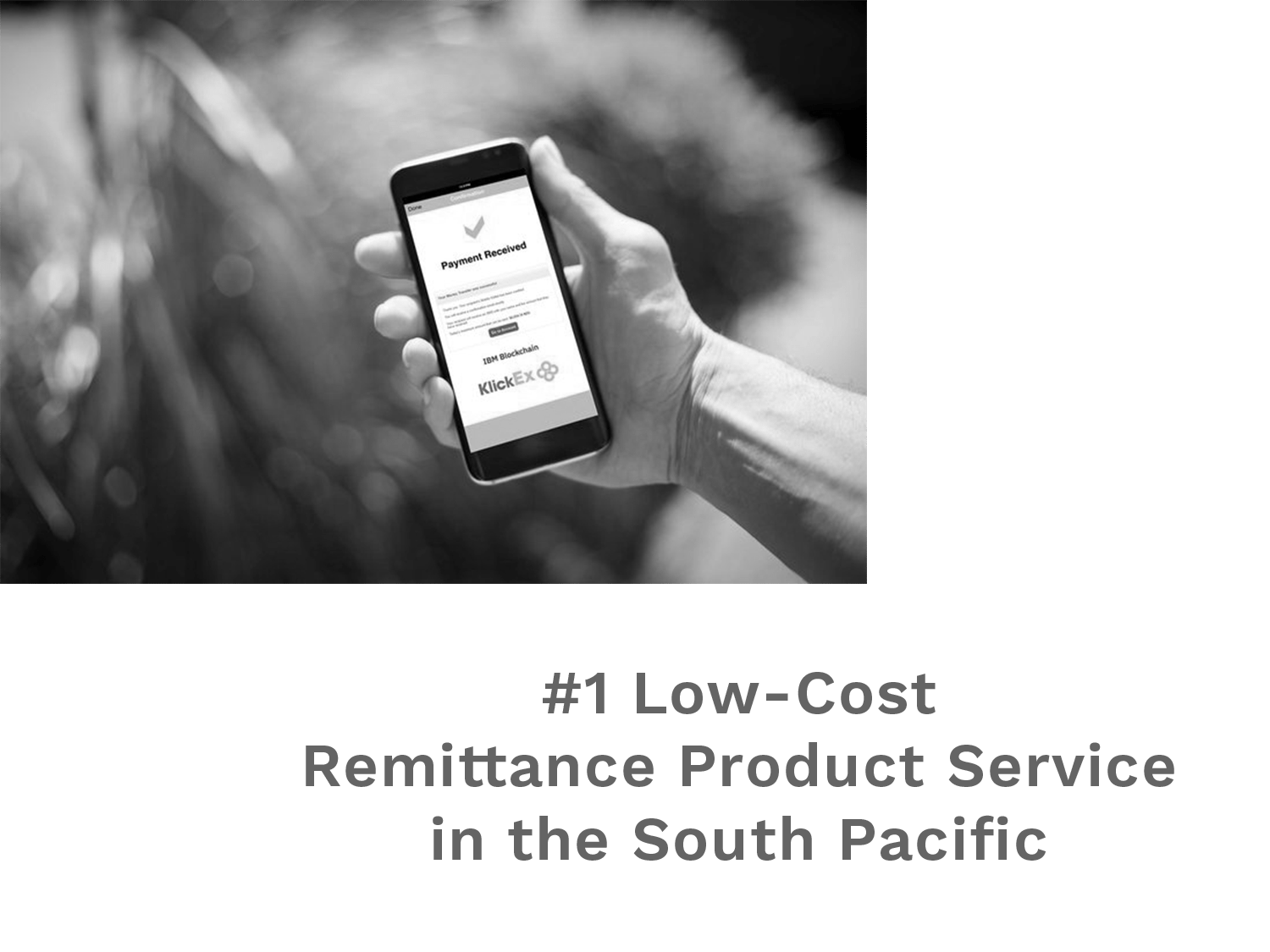 Former Microsoft NZ Managing Director, Ross Peat joins KlickEx as the CEO, and brings with him Xero's Chairman to lead the Board. KlickEx becomes resident of the ICE-house incubator innovation centre in Auckland. Several million dollars of transfers are completed in first few weeks of launch. In 2010, KlickEx Launches its first consumer facing web-product serving the Pacific, and is ranked the Lowest-Cost Remittance Product Service in the South Pacific by the World Bank and New Zealand and Australian governments. KlickEx is live in NZ, Australia, Samoa, Fiji and Tonga. In 2012, KlickEx expands in North America and Europe, and is ranked as the number one low cost remittance service in all of Asia by IFAD and the World Bank, in terms of penetration and low cost at both wholesale and retail levels.

KlickEx operated between 2006 and 2007 as HSBCeXpress.net, a pilot project and proof of concept within HSBC New Zealand, and KlickEx's Founders. In 2006 it was given the green light at HSBC Group level to grow, and local ACH systems were connected manually by the cross border batch file exchange, speeding up delivery of payments by up to 36 hours. in 2009, a JV was formed by www.HSBCeXpress.net owners and a new Management Team, including HSBC Executive Robert Bell, Banking and Cards Specialist Brett Waterson, and IBM and Microsoft former CEO, Ross Peat, to build out the capacity as a stand-alone company with ground-up new technology. KlickEx formally begins a journey to develop and operate the Pacific's award winning 8-country real-time low-cost interbank payment network.